WHAT IS MAY REVOLUTION 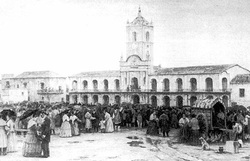 The May Revolution was a week-long series of events that took place From May 18 to 25, 1810, in Buenos Aires, Capital of the Vice royalty of the Río de la Plata. This Spanish colony included roughly the territories of present-day Argentina, Bolivia, Paraguay, and Uruguay. The result was the removal of Viceroy Baltasar Hidalgo de Cisneros and the establishment of a local government, the Primera Junta, First Junta, on May 25, 1810.

Picture of May 22nd, the last day of May Revolution 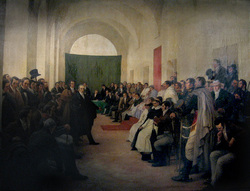